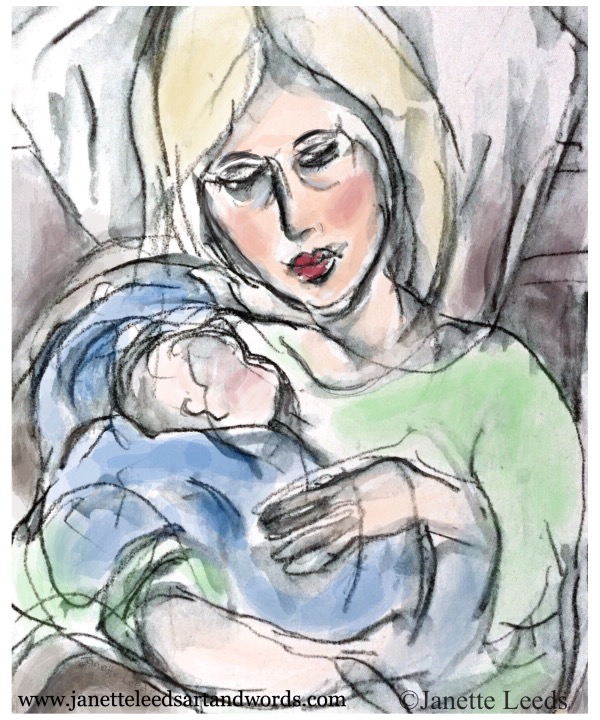 This began as a quick black watercolour pencil sketch; about 4″ x 6″ (10cm x 15cm) in size. A favourite subject matter of mine – a mother and baby. I whooshed some water over it and then with my iPad, scanned it in, using the “Scanner Pro” app. I like the look of the original, but thought I’d add some colour in an art app. It printed up well. I used (as I usually do) the lovely epson heavy weight paper. The print has a soft, muted look, which I like, though this is partly acheived, by my not so great scan! – getting better at it though. I find a photo isn’t as effective as the scanner.

A little further along is a poem I had fun writing recently, titled “Rough Draft Rumblings”. Yet to be illustrated; so there may be more rumblings. 🙂

*Just touch on a pic below, to enlarge them all.

I’m trying different ways to present my prints. With this one, after cutting around the printed picture, and leaving a white edge, I tried laying it on an A4 size green/ grey paper – the black paper, looked a bit harsh. Quite, like the look of it. Think, I’ll get some different coloured card, and do more of this. May eventually place it into an A4 frame.

Presentation, has never been my highpoint…like to just get on with the next pic. However, if I want to continue to display some locally, (I’ve exhibited and sold some of my art, occasionally, over the years) I’ll have to look into it more. Of course, an effective frame, can add to a piece…will just experiment with ways which look good, don’t take too much time, and don’t cost too much!

Lately, I’ve enjoyed adding oil pastel, and so on… and acrylic mediums to some of my iPad artworks after printing them. Sometimes, it’s fun to, scan an artwork in, as with this one; and then draw and paint on it (I use my finger, rather than a stylus) within an art app. Sometimes, I just like to print something I’ve drawn or painted on my iPad, and leave as is. Spoilt for choices; and thankful.

There was a tale told,
that our scribblings, our penned,
but unpolished lines,
would be taken out to shine.
Placed upon a new page;
prettied up with pictures;
and presented upon an iPad stage.
Sense and syllables carefully checked –
our sounds, spruced up, tweaked –
our vowels carefully paced.
And the placement of a pause,
in just the right place.
But still we wait.

Those pesky pint sized poems,
haiku I think she calls them – they’ve made it out.
Suppose, they speak lots, even shout,
within a small space.

Well, I’m a poem too, and I’m tired; I’ve waited
and waited – I want to be illustrated.
I may be longer in syllable count,
but I deserve, a wash of line and colour;
to be tizzied and typed up in a pretty font –
that’s what I want!
I still have lines, where a full stop
should restrain me;
where penline arrows point –
in all directions, and make me feel
rather threatened; and where
I pivot precariously in places,
at the end of a parade of ellipses…
I need to be fixed.

But, I hear tell, before our ink fades,
we may have our say.
The rumour is, there’s a flurry of movement
in the filing cabinet;
a ruffling of manilla folders.

We are the older ones,
but it seems she’s not forgotten us.

We may have begun as scribbles,
written quickly between the folding of washing,
and wiping baby dribbles…
But she’s still fond of us.
Though we may not all make it
to the online world…it could be,
the day is coming,
where at the least, our
lines will be made legible.

For those of us, who don’t make the cut –
at least on paper, it’s enough,
we’ve helped her along the writing path;
and we still live on in our maker’s heart.

Thanks for stopping by. 🙂

6 thoughts on “A Watercolour/Art app Mix, Process Pics, and a Poem” 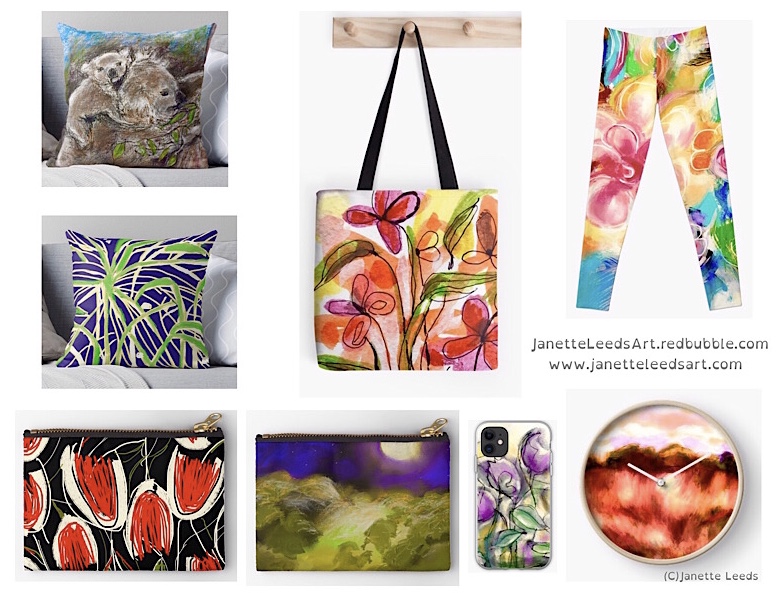 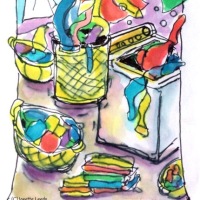 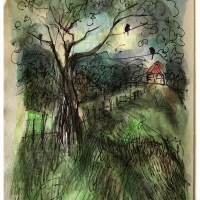 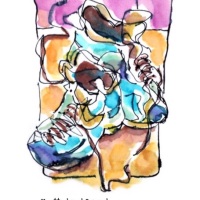 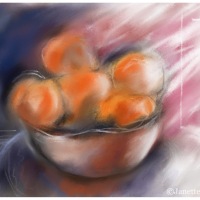